The Chinese seal artist Wang Mian was born in Zhuji, Zhejiang province and was famous as a painter of plum blossoms.

“While walking near his native village by Mount Baohua in Tiantai, Lishui County, Zhejiang Province” he found a stone “soft and easy to carve.” Wang is credited with being the first known literati artist to carve his own seals into stone although, in this, he did not have as much influence as the later artist Wen Peng.

Seals shown are not to scale. The age of these seals accounts for their rough look. 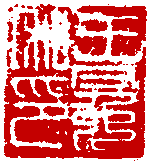 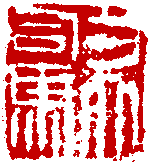